With great sadness we share the news that Dave Vasarhelyi – visionary, conservationist, and friend – died from a stroke on March 8, 2020.  Dave founded West Creek Conservancy in 1997.  He shaped and led the Conservancy through its first decade and served on its board for 15 years.  Dave’s commitment to parks and people was lifelong.  His impact on the well-being of our communities, especially in Northeast Ohio, will be indelible.

Born in Cleveland and raised in Parma, Dave become a ranger with the National Park Service at age 21.  He loved living and working in some of our greatest national parks.  At Badlands National Park, he met another love, his future wife Jennie, also a ranger.  In 1995 they returned to Ohio, both for fulltime positions at Cuyahoga Valley National Recreation Area.  Dave soon learned that the nameless woods and little stream from his childhood were being eyed for development.  Within two years, the threat and Dave’s response to it took shape. 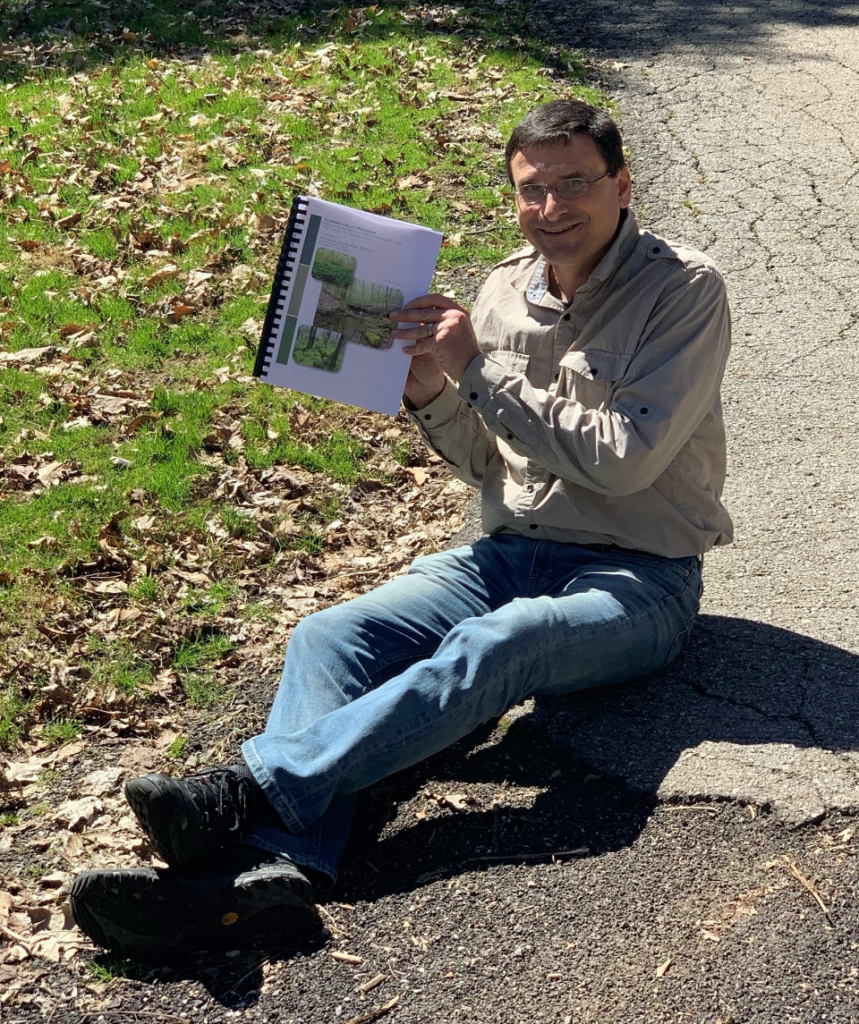 In 1997 he and Jennie reached out to people interested in protecting this hidden valley.  “Here is where Dave and many of us found adventure as kids,” recalls Jeff Lennartz, West Creek Conservancy board chair.  “For kids like Dave and me, those adventures planted a seed that instilled an appreciation for nature and a love of the outdoors that changed our lives.  Every child and adult needs those opportunities that Dave worked tirelessly to provide.”

Dave dreamed big.  He was soon leading his fellow volunteers through a world of ballot initiatives and campaigns in Parma.  “We put our all into those drives,” says Lennartz, “but Dave’s efforts were truly heroic.”  The campaigns succeeded.  A city park was created called West Creek Preserve, now Cleveland Metroparks West Creek Reservation.  In 2019 it served over 150,000 visitors.

Dave also formed the vision of the West Creek Greenway to tie the new park to the Towpath Trail and improve public access to these gems.  In 2002, partnering with The Trust for Public Land and the City of Parma, he orchestrated an 11th-hour rescue of the 1849 Henninger House for a future greenway trailhead, saving the historic structure within days of impending demolition.

In 2005 Dave left the park service to join The Trust for Public Land as a senior project manager.  There he expanded his skills at building partnerships and managing critical land conservation projects throughout Ohio.  Even after stepping down from the Conservancy board in 2012, Dave remained a valued and frequent advisor to West Creek Conservancy.

For his conservation accomplishments, Dave received many accolades from city, state, and agency officials.  His ability to build the bridges needed to achieve a conservation goal were renowned.  But it is for his wisdom, humility, contagious enthusiasm, and, by far, his steadfast friendship that we valued and will miss Dave most.

Dave is survived by his wife Jennie, daughters Leah and Kayla, brothers John and Mark, and his parents Laszlo and Olga.  Funeral arrangements can be found at Cleveland.com.

Memorial Contributions made for Dave are being directly to a project that this organization and he worked on for 20 years, bringing to fruition that last large connection for the West Creek Reservation.