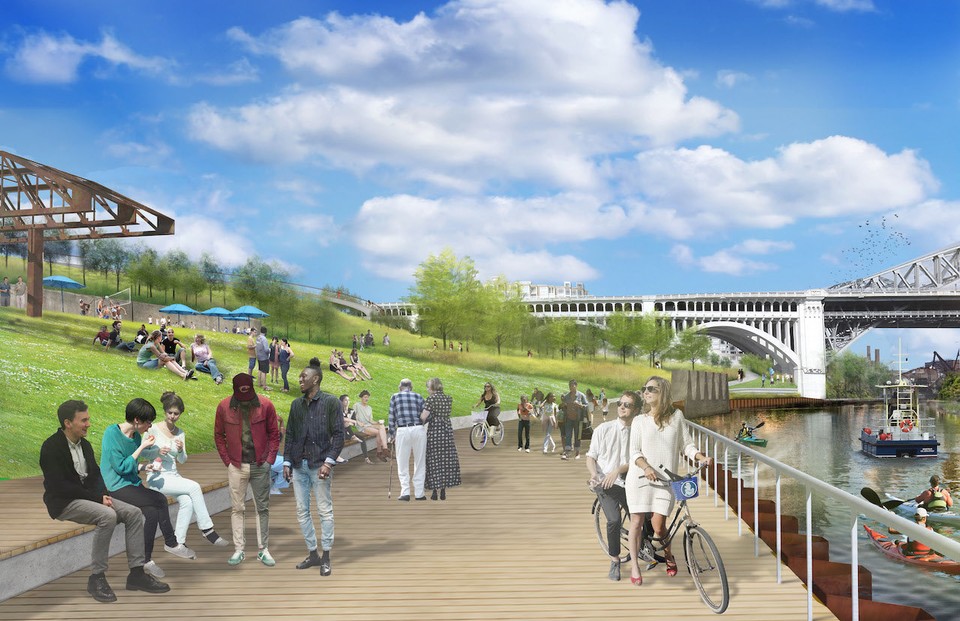 Irishtown Bend, the swampy, unbuildable hillside opposite the downtown skyline that threatens to slide into the Cuyahoga River, could become one of the most spectacular urban parks in the industrial Great Lakes.

And it could be a stunning local amenity that would further energize the redevelopment of Ohio City and much of Cleveland’s West Side.

Those two visions – regional and local – are driving the latest plans for the future 17-acre park, set to be unveiled Thursday in a public meeting at 5:30 p.m. at the Saint Ignatius High School Breen Center for the Performing Arts, 2008 W. 30th St.

The plan is a hybrid of two earlier versions presented in June, blending active areas such as a playground with areas devoted to history, ecology and skyline views.

“I think it’s a compelling vision,” said Tom McNair, executive director of the nonprofit Ohio City Inc., the community development corporation that serves the area around Irishtown Bend. “It’s everything we could have hoped it would be.”