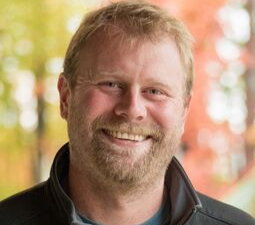 Derek has been with West Creek Conservancy for 15 years and has served as the Executive Director since 2013. He earned his bachelor’s degree in Environmental Policy and Analysis with a specialization in Natural Resource Management from Bowling Green State University. Derek provides expertise in development and policy implementation, as well as property negotiation and acquisition. Derek believes strongly in striving to protect local natural areas, open spaces, streams and waterways in our communities and working towards a greener, greater Cleveland.

Under his leadership, the organization has achieved several major milestones including celebrating their 20th anniversary. Derek has been instrumental in protecting thousands of acres of land throughout the region, expanding city parks and achieving the largest single land acquisition in the organization’s history — 80 acres of the former Parmadale Campus in Parma.