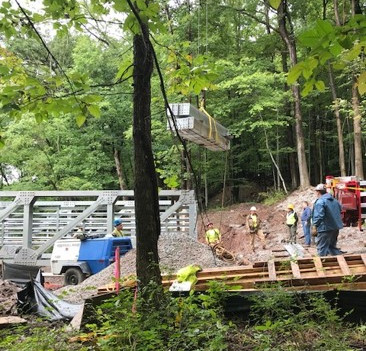 Have you hiked the newest & larg­est community connector to the Cuyahoga Valley National Park and Towpath Trail? The Hemlock Creek Trail, almost 2 miles long with a 200-foot bridge spanning the Cuyahoga River, opened this fall in Independence off Brecksville Road!

This new all-purpose trail is a key part of the 25-mile West Creek Greenway. The Greenway radi­ates from West Creek Valley in Parma, linking the Towpath Trail in Cuyahoga Valley National Park to neighborhoods across seven com­munities. About 50,000 people live or work within a 15-minute walk of the proposed West Creek Greenway. When the entire Greenway is com­plete, you will be able to travel from the Towpath Trail in Valley View to Big Creek Reservation in Parma Heights to West Creek and Ohio & Erie Canal Reservations as well as to Brooklyn Heights Park and numer­ous other city parks, many of which have been expanded through the efforts of West Creek Conservancy.

On National Trails Day, June 2, 2019, over 80 officials, trail enthusiasts, and project partners gathered in Independence to celebrate the groundbreaking for Hemlock Creek Trail. The 1.7-mile trail is part of the West Creek Greenway, an evolving 25-mile network of public trails and conservation lands radiating from the West Creek valley in Parma. The Hemlock Creek segment will link the Greenway directly to the Towpath Trail. A second connection of the Greenway to the Towpath will be three miles north in Cuyahoga Heights.

In addressing the audience, Independence Mayor Anthony Togliatti, host of the groundbreaking ceremony, noted, “Of all the community connections to the [Cuyahoga Valley] National Park’s amenities that we are fortunate to have, the Hemlock Creek Trail will be the most extensive. Completion of the trail will ensure that our residents, daily workforce, and visitors can enjoy safe access to some of the most treasured natural assets in Northeast Ohio.”

The concept of the West Creek Greenway originated some 20 years ago with West Creek Conservancy founder Dave Vasarhelyi. Public support grew steadily as the Conservancy rallied citizens and civic leaders. In coordination with the Conservancy, Ohio U.S. Rep. Dennis Kucinich earmarked $2 million for the Hemlock Creek Trail in the 2005 Federal Transportation Bill. The City of Independence, West Creek Conservancy, and other partners then helped secure the required additional funding, including the ODNR – Clean Ohio Trails Fund.

Engineering design of the trail began in 2014. In early 2018, Independence City Council voted to award construction contracts totaling $3.4 million. “I have been supporting and pushing this project over a decade,” said Independence ViceMayor David Grendel. “It’s an investment in our city’s connection to the national park and the towpath. I think it’s an investment in the region.”

Named for the stream flowing prominently through the heart of Independence, and whose course it will closely follow, the Hemlock Creek Trail will become the largest community connector to date along Ohio’s 110-mile Towpath Trail, which when finished will extend south along the old Ohio & Erie Canal corridor from Lake Erie at Cleveland to New Philadelphia, Ohio.

The 10-foot wide asphalt all-purpose Hemlock Creek Trail will extend from Brecksville Road at Selig Drive, past the Cleveland Clinic Business Operations Center, and follow Hemlock Creek through parts of the former William H. Hunt estate in the national park. It will reclaim the abandoned part of Hemlock Road as it descends to Stone Road. A 200-foot pedestrian bridge across the Cuyahoga River will rejoin the long-separated parts of Stone Road. (County engineers had removed the original 1898 iron span in 1988.) Once east of the river, Hemlock Creek Trail will follow the abandoned Stone Road in the Village of Valley View to join the Towpath.

“This project has been a key element of the West Creek Greenway plan for more than a decade,” said West Creek Conservancy Executive Director Derek Schafer. “Hemlock Creek Trail will help enable our 25-mile intercommunity recreation and green space system through Independence, Seven Hills, Parma, Parma Heights, and Brooklyn Heights. In addition to connecting these areas to each other, this will link them to our national park, three Cleveland Metropark reservations, and many other regional destinations.”

Adds Conservancy Board Chair Jeff Lennartz, “We applaud the City of Independence for their perseverance in seeing the project through to this exciting moment. The City and our other partners have made Hemlock Creek Trail possible. Now and for generations to come, this trail will benefit community residents throughout our region not only as a basic amenity, but as a natural engine for health, growth, and prosperity.”

Completion of Hemlock Creek Trail is slated for spring of 2019. Meanwhile, West Creek Conservancy will provide updates and free guided walks along the developing Trail and other parts of the West Creek Greenway to showcase the scenic and historic nature of the area.

Visit our blog and our events page for the latest news on these activities and other Conservancy projects, or call 216-749-3720 to be placed on the notification list. 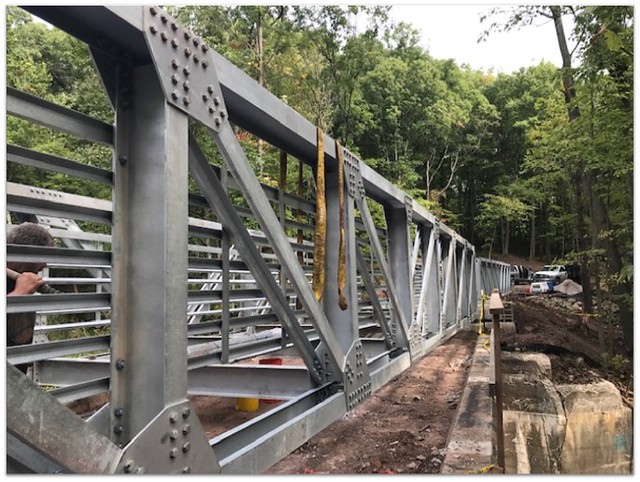 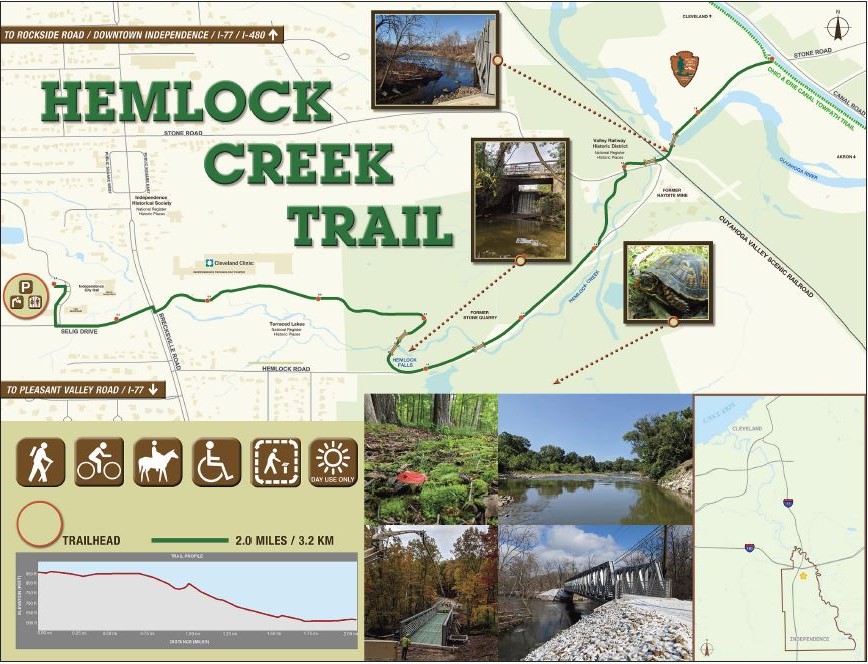